Time to put down the megaphone and hush... 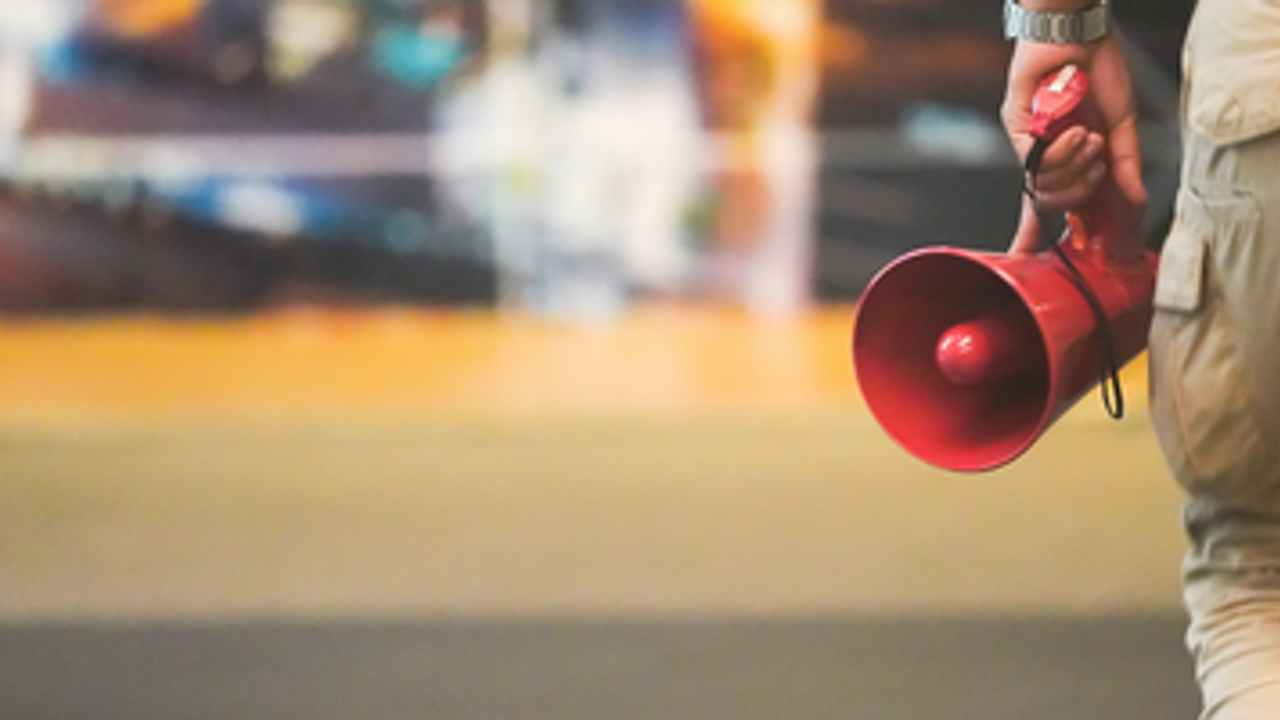 I was listening to a MoN chat recently where the conversation was around what I would call extreme racially-based findom. There were some things that didn't sit well with me so I took some time to think it over and try to find the reason why it felt off.

Findom is a type of fetishized financial slavery where one person feels compelled to give money to another. I'm not going to pretend to know a lot about it - I've never been part of that kind of lifestyle, but I do know that it can be a lucrative business for many women online. And from what I've seen, the key to success is amping up the humiliation factor to increase your income. So the more mean-spirited the insults and pure degradation, the more money you get.

What caught my attention is the woman who was speaking said two things: that she is a cuckoldress, and that she is more than happy to benefit financially from penetrating the insecurities of what she calls "beta white boy cucks". The deep seeded insecurities of cucks is clearly what she is digging in to for her profit game.

You only need to take a quick glance at the findom Twitter feeds to know that it's basically the same script over and over, you're a fucking loser cuck beta bitch. You're a cuck, don't deserve any respect.. blah blah blah...

Now I get it... really, I do. I mean everyone has their hustle right? And that's fine but what is really fucked up and needs to change is throwing around those labels cuck/cuckoldress/cuckold in the loud as fuck findom arena, it makes it seem to many I'm sure, that that actually must be what a cuck is - a worthless loser. And that must be what a cuckoldress is - someone to degrade the fuck out of you and take your wallet. The findom circus online is like a giant in-your-face billboard of people screaming at you that cucks are garbage. It's literally repeated over and over and over again in and all of it is really not helping to destigmatize cuckolding at all! It's making it worse!

I'm sure many of the "beta white boy loser cucks" are smart enough to know that this is just online fantasy world and nothing more, but what about the men who for them this is detrimental to their mental health (not to mention their financial well-being)? Do they get lost down a deep hole of shame and self-hate? I know I have encountered MANY guys who have felt that self-loathing because up until recently they had only heard that one loud narrative that they are a loser because they are a cuck. And that's just not fucking right.

I've been talking about cuckolding from a female perspective for years now and a couple of years ago when I made a short collage of voices from women in the lifestyle who were explaining how loved and worthy their cucks are, I was absolutely shocked at how just that one thing made so many men break down into tears when they heard it. I felt devastated that this messaging was so so immensely needed and I had taken so long to realize it and put it out there like that.

It's time to take back the word "cuck" and "cuckoldress" and it's time for the findom megaphone cuck-shaming to shut the fuck up. You've had plenty of time to blast it to the world what you think cucks really are and of course you can keep doing your findom hussle however you want but it's not going to be okay anymore to keep bashing cucks. I don't care if I get backlash about this and I certainly don't give a fuck if you want to label me a "gatekeeper" (really I'm ALL out of fucks to give on that one) so from here on out the messaging is changing whether you like it or not. Cucks will be lifted up instead of shoved to the ground.

Cucks are the most selfless partner you could have.